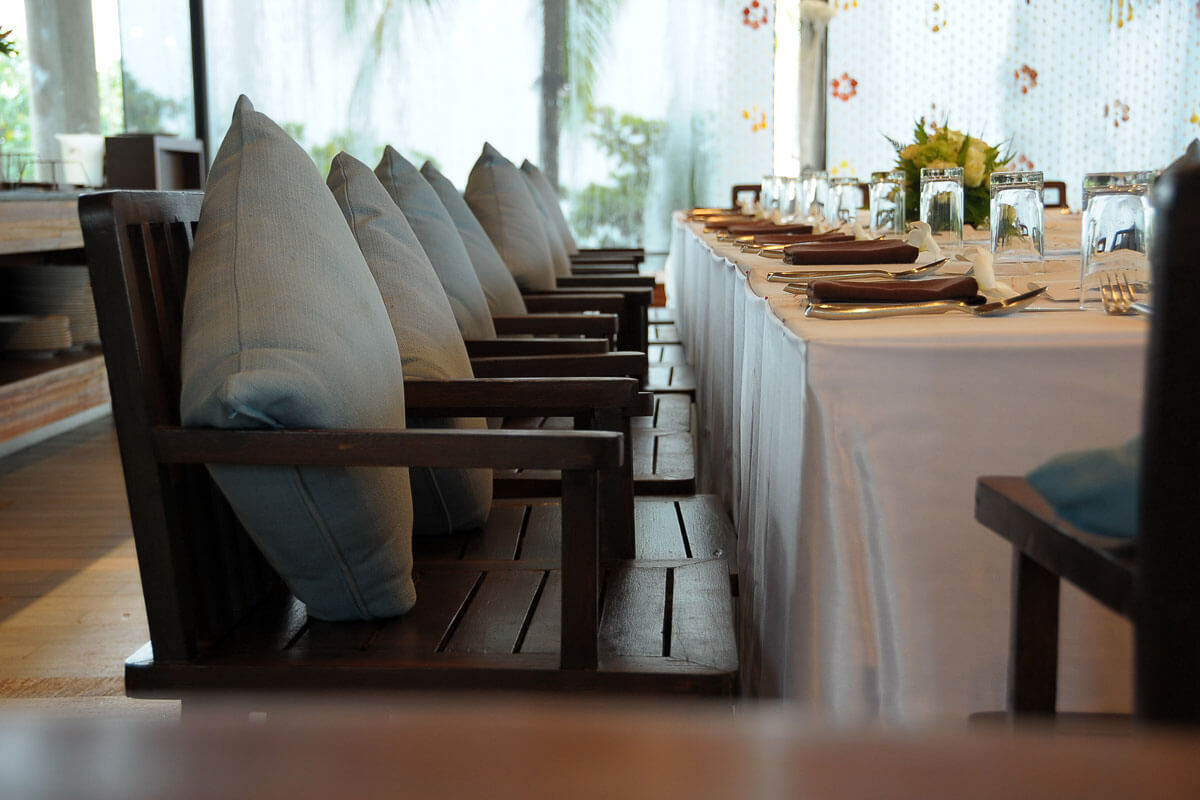 A wedding reception is a party held after the completion of a marriage ceremony. It is held as hospitality for those who have attended the wedding, hence the name reception: the couple receives society, in the form of family and friends, for the first time as a married couple. Hosts provide their choice of food and drink, although a wedding cake is popular. Entertaining guests after a wedding ceremony is traditional in most societies, and can last anywhere from half an hour to many hours or even days.

Before receptions—a social event that is structured around a receiving line, and usually held in the afternoon—became popular, weddings were more typically celebrated with wedding breakfasts (for those whose religious traditions encouraged morning weddings) and balls (for those who were married in the evening).

The popularity of receptions, rather than breakfasts, dinners, and balls, during the 20th century led to the name reception being applied to any social event after a wedding, whether it is brunch, tea, dinner, or a dance.

Thailand Wedding is one of the most successful and creative wedding companies in Thailand doing more than 2,000 successful weddings over the past 20 years.

We pride ourselves on our fine service and satisfied customers, and not only make this business for the business, but for the fact that we love what we do, making people happy.

Our philosophy is to not only to make a great wedding but to make friends, we have had many of our satisfied customers return after years sometimes with their children and family just to stop bye and say hello returning to the spot were they first united , we love this sort of feeling and long term friendship.